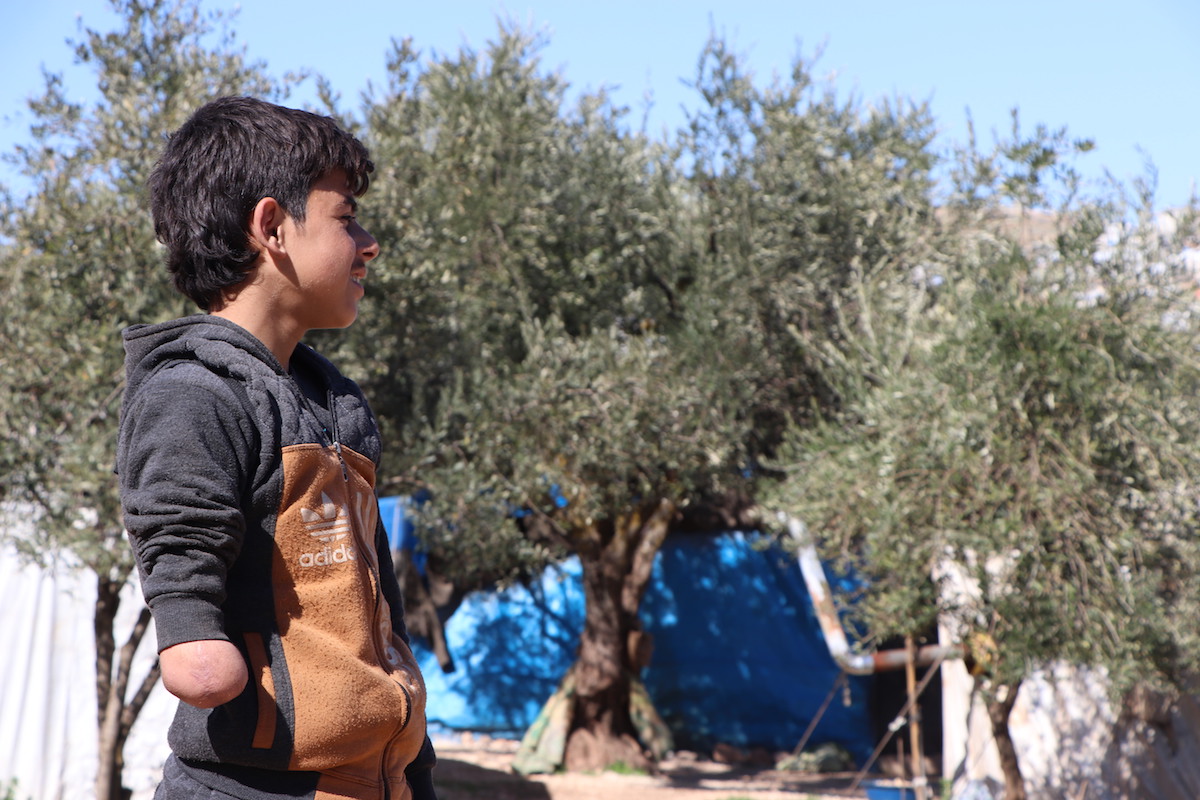 Selection of social media tiles, GIFs, images, video, and stories highlighting the desperate situation in Idlib, North-West Syria as the 9th anniversary approaches on March 15th 2020. 15 year old Fadi lost his father and his arm during an airstrike on his home in Syria. Now he and his family are struggling just to get by in an IDP camp in NW Syria. He needs a prosthetic arm to work so he can help support the family.

On March 15th, the conflict in Syria enters its tenth year. It has devastated the lives of millions of children, many of whom have grown up knowing nothing but bombing, displacement and insecurity. Tens of thousands of children are estimated to have been killed and injured in the violence, and many more have orphaned and made homeless. At least 2 million children in Syria are out of school, depriving them of their right to an education and chance of a better future.
In just the last three months, almost a million people – including at least 540,000 children – were forced to flee their homes by fighting in Idlib, NW Syria. They are now living in desperate conditions in overcrowded camps and shared shelters. Many have been displaced 4 or 5 times already, and they join the more than 6 million Syrians who are internally displaced. Recent satellite analysis released this month (4th March) from the Harvard Humanitarian Initiative, World Vision and Save the Children shows how homes and vital infrastructure have been badly damaged in frontline towns, while informal displacement camps have grown rapidly.

This site uses Akismet to reduce spam. Learn how your comment data is processed.